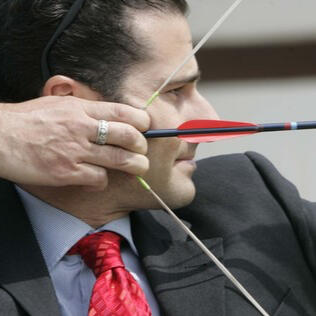 I’m an intra-/entre- preneur who has bridged the worlds of journalism and technology. I believe we are just at the start of the digital revolution and have only begun building the foundations of a more connected world, and the products that will fuel the future of journalism. We have much more work to do.

I am director of consumer product at Condé Nast, which owns brands like The New Yorker, Vogue, Vanity Fair, Wired, Bon Appétit, Epicurious, Are Technica, Glamour, Allure and more. I also co-founded Hacks/Hackers, a global grassroots movement of tens of thousands of journalists and technologists building the future of journalism.

Earlier, I co-founded Storify, an award-winning social media storytelling tool used by media companies, brands, non-profit organizations and political groups around the world, leading the company through venture funding and eventual acquisition. I also was part of the founding team at the Lenfest Institute for Journalism, funding projects to build the future of sustainable local news and information. I started in journalism at The Associated Press, working mostly as a foreign correspondent in various postings across Europe, the former Soviet Union, Middle East and Asia. I'm also a former JSK Fellow at Stanford University.

Contact me about opportunities, speaking, projects and anything else: